Automated Driving at 2018 CES Is All About Business Models 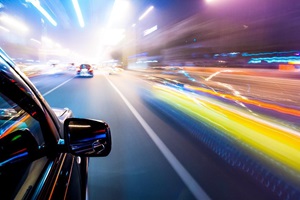 Ten years to the day after my very first ride in the automated Chevrolet Tahoe that won the 2007 DARPA Urban Challenge, I was in Las Vegas yet again for the 2018 International CES. In the very same parking lot where I took my first driverless ride, I climbed into the backseat of a BMW 5 series sedan sporting the logos of Aptiv and Lyft for an automated round trip from the Las Vegas Convention Center to Caesar’s Palace. As has been the case for most of the past decade, automated driving is the main automotive topic at CES, but now it’s more about the business models than the core technology.

For the second year in a row, General Motors (GM), the company that started the automated driving land rush at CES, is not here even in an official capacity. Supplier Aptive and several of the automakers that did return to Vegas have turned their attention to how they are going to transform their business models in the coming years as we make the shift away from buying and driving our own vehicles. Aptiv is just one of several companies—along with Waymo, Ford, GM, and Jaguar Land Rover—that have partnerships with Lyft to deploy automated vehicles.

The Hunt for New Revenue Streams

However, ride-hailing isn’t going to be the only application for automated vehicles in the coming decade. Automakers are keenly aware of the reality that shared, automated mobility will likely mean that there will be far fewer vehicles in the coming decades. With reduced revenues from sales, they are looking to services to generate new revenue streams. Given that, automakers need to maximize the utilization of these vehicles because the number of people in need of rides is hardly consistent during the course of the day.

While many surveys have asked consumers if they want to buy automated vehicles in recent years, it’s really the wrong question. For the most part, consumers will be unlikely to have the opportunity to purchase these vehicles. Instead, they will be owned and operated by manufacturers and other providers and made available on-demand.

The architecture of the vehicle will change from the traditional cars and SUVs we know today to something more flexible that can accommodate everything from passengers to pizzas to packages. Toyota unveiled a concept at CES 2018 called the e-Palette specifically targeted at these multimodal applications. It will be built in three sizes to accommodate different use cases.

Along with the vehicle, Toyota announced the e-Palette alliance to leverage the company’s Mobility Services Platform. Initial partners include Amazon, Didi, Pizza Hut, Mazda, and Uber to work on developing the vehicle, applications, and verification activities.

Ford CEO Jim Hackett also announced several business model initiatives to accompany the bespoke automated vehicle the company is launching in 2021. With its partner Autonomic, Ford is developing a transportation operating system cloud platform that will be available to cities to provide a range of non-competitive services like payments, authentication, and coordination.

On top of that, Ford’s transportation as a service platform will handle the logistics and deployment optimization for partners that want to utilize Ford’s vehicles. A pilot of the system will be launched this year in a city yet to be named along with Dominos, Lyft, and Postmates.

The business of mobility is changing, and the industry is trying out a range of solutions in the hopes of making both itself and the cities it operates in sustainable.

By Sam Abuelsamid
Industry Insight May 08, 2020

A Tale of Two (Robo) Carmakers

By Sagie Evbenata
Industry Insight May 22, 2017

By Sam Abuelsamid
Industry Insight May 08, 2020

A Tale of Two (Robo) Carmakers