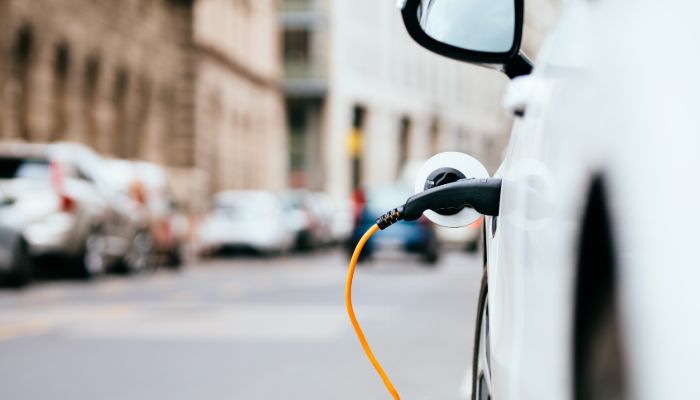 The technology industry generally finds walled gardens, technology that locks in customers to a proprietary ecosystem, an appealing proposition. Although there is much to learn from tech as we transition to battery EVs (BEVs), walled gardens for charging should be avoided.

Despite the environmental downsides of using liquid hydrocarbon fuels in internal combustion engines (ICEs) for transportation, there are real customer experience benefits. When you drive a gasoline-fueled ICE vehicle, you can pull up to any pump at more than 100,000 fueling stations in the US and have confidence that you can stick the nozzle in the filler neck of the vehicle, press the start switch on the pump, and the tank will be full within a few minutes. Sure, it can sometimes smell, and the pump handle might be dirty, but you can pay for fuel and be on your way. You might have preferred brands or you might want a premium fuel that’s not available in some rural areas, but even with regular gas, most high end engines still run fine with reduced performance. The driver doesn’t have to really think about fueling all that much.

According to the Guidehouse Insights’ Market Data: EV Consumer Profiles report, the three largest barriers to BEV adoption are availability of charging, purchase cost, and time to charge. Automakers are working aggressively to make more affordable BEVs. But charging availability and time are still real issues, especially for those who don’t live in a suburban single-family home with off-street parking.

If BEV adoption is going to become universal, many challenges must be overcome, including raw material availability and production capacity for batteries. But if the public charging experience remains subpar, many consumers will likely shy away from BEVs.

Tesla invested heavily to overcome this challenge with the build-out of its Supercharger network. The auto industry is picking up key lessons from this approach, such as broad distribution of fast charging everywhere people might want to drive. Reducing the friction of managing accounts with multiple charging providers through initiatives such as Plug and Charge is also important.

The Importance of Standard Charging Connectors

However, equally important for drivers is knowing that if you have the ability to pay for electrons, you should be able to connect to any charger and replenish the battery. Standard charging connectors are as important as the standard fuel nozzle and filler neck. Superchargers were launched before Combined Charging System (CCS) became the standard in North America and Europe for DC fast charging, so Tesla developed a proprietary connector.

However, Europe mandated CCS, so Tesla vehicles there are suitably equipped. In North America, only Nissan and Mitsubishi used the Japanese CHadeMO connector, but the Nissan Ariya launching late this year will be equipped with CCS outside of Asia.

Rivian, the highest funded privately held BEV startup to date, will soon begin production of its electric pickup and SUV. It has announced plans to build a network of 3,500 DC fast chargers and 10,000 Level 2 AC chargers by 2023. Automakers investing in charging infrastructure is great. Unfortunately, Rivian is restricting the 200 kW fast chargers to owners of its vehicles despite using the standard CCS connector.

There is a cost associated with building and operating chargers, and no automaker should be expected to give free electricity to every BEV driver. However, Rivian and any other automaker or third-party charging network operator should allow all drivers to pay and charge at its facilities if they need juice. Rivian is building premium lifestyle vehicles, but if they and others really want to help expand BEV adoption, they need to tear down the walls and address the charging availability issue for all drivers.