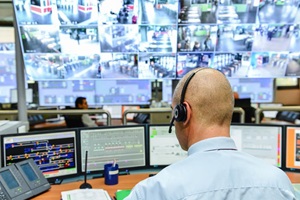 China is moving forward on its commitments to cutting back on coal generation. It recently announced that it was canceling the development of 103 coal-fired power plants. The announcement, made by China’s National Energy Administration on January 16, cites the goal of these cancellations as meeting a target in the country’s 13 Five-Year Plan to limit coal-fired power generation capacity to 1,100 GW by 2020. The plan includes canceling projects across 13 provinces, some of which are already under construction.

The cancellation of these plants comes in conjunction with another announcement made by the National Energy Administration stating that it intends to spend more than $360 billion on renewable energy resources, including solar and wind, through 2020. The plan includes creating more than 13 million jobs in the renewable energy sector, curbing the growth of greenhouse gas emissions contributing to global warming, and reducing the air pollution that hangs over cities like Beijing.

These announcements come at a time when US President Donald Trump’s stated plans to revive the coal industry, scrap the Clean Power Plan, and focus on oil & gas have raised questions about the future direction of the US energy industry. Some experts claim that the Trump administration will only have so much power to change the fate of the coal industry; the economics behind the industry still point to a decline due to renewable resources becoming cheaper and natural gas proving to be a cost-competitive option in the United States’ current energy portfolio.

Today, President Trump’s past claims that climate change is a Chinese hoax and suggestions of the United States’ withdrawal from the Paris Agreement could create a space for China to take on a leadership role in clean power. While the country still has a long way to go to prove its commitments to the environment, in the past few years it has made significant progress in terms of reducing its emissions, curbing coal generation, and ramping up investments in renewable energy resources. China has shown potential in its ability to lead the world toward a low carbon future.