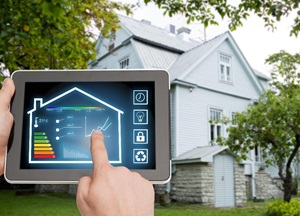 Through its subsidiaries Nest and Google, Alphabet has been active in the US smart home space. On April 6, Google Home finally made a leap across the pond, launching in the United Kingdom 5 months after its launch in the United States. Google Home is Google’s response to the Amazon Echo, which has been available to consumers in the United States since 2014. One of the main appeals of the Google Home is its ability to integrate with other Google applications, such as its search engine, calendar, Pixel smartphones, and most recently, Google Wi-Fi.

Fellow Alphabet subsidiary Nest has had its Nest Learning Thermostat, Nest Protect, and Nest Cam installed in more than 190 countries. However, these products have only been available for purchase in seven countries. This is quickly changing, with the company announcing that it would expand sales to Austria, Germany, Italy, and Spain as of February 15 and to Mexico as of April 4. The company stated that it plans to continue expanding globally as demand continues to grow and that it is looking to partner with energy, insurance, and telecom providers as a method for making its devices more available to consumers.

The Race for European Markets

Alphabet is entering the European market at a time when few other players have traction across multiple countries. Apple’s HomeKit product has yet to launch in the United Kingdom, while Samsung SmartThings is selling in the United Kingdom but is not present in other countries. Amazon devices are available in the United Kingdom and Germany, but only as of late 2016. Point solutions exist and are gaining traction—such as tado’s smart heating solutions that sell in a variety of countries or Quby, a smart thermostat and home energy management company acquired by Dutch utility Eneco. However, these companies may not have the resource support of bigger players like Nest and Google.

As Alphabet makes moves across Europe through its subsidiaries, the tech giant is pushing forward progress in the smart home sector. The United States tends to be the main market for companies focused on the smart home, as is the case with many tech solutions and innovative offerings. In terms of energy, this can be attributed in part to the difference in heating and cooling systems across countries in Europe, where it is harder to approach the market with one solution and where devices often have to be completely redesigned. However, Europe is a hotbed of smart home potential, with energy-conscious consumers accustomed to innovative technologies for reducing emissions, such as solar. Alphabet’s engagement in the European market could help propel the smart home industry forward and significantly increase uptake in energy management devices.