For more than a century, utilities have been building their overhead transmission and sub-transmission (33 kV and higher) networks with traditional aluminum conductor steel reinforced (ACSR) conductor. Today, that age-old practice is shifting and investment in newer advanced conductors is accelerating worldwide.

The use of lighter weight advanced conductors allows utilities to reconductor along existing corridors, doubling capacity while making use of existing support infrastructure and rights of way (ROW). Reconductoring projects not only cost roughly half what a new line or a rebuilt line may cost, they can also be executed in a fraction of the time and with fewer regulatory and permitting burdens.

In the late 1800s, copper’s value made its use within overhead transmission conductors cost-prohibitive. Aluminum made for a relatively cheap, technically comparable alternative. This led to the invention of the all aluminum conductor (AAC). In the early 20th century a steel core was added for strength and the ACSR conductor was invented. ACSR has been the standard transmission conductor of choice for utilities ever since.

A variety of improved conductor technologies were subsequently introduced, including several in the high temperature low sag category. These not only raise capacity but also maintain higher sagging clearances at elevated temperatures. 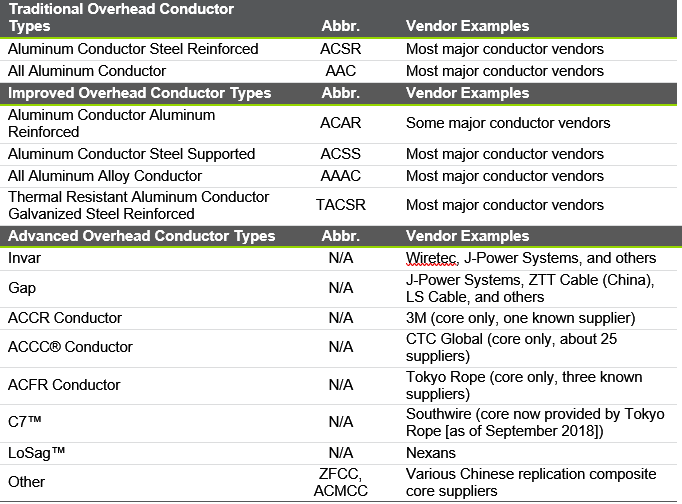 It’s Not Just about Price Anymore

Advanced conductors offer varying degrees of capacity increase, sag reduction, and improved efficiency versus ACSR conductor. The global market for advanced transmission conductors is expanding—Guidehouse Insights projects annual investment to quintuple over the next decade—and is driven by several drivers.

In mature markets, such as North America and Europe, market drivers for advanced conductors include aging infrastructure, a need for higher transmission capacity to support load growth, the need to interconnect new renewable generation sites, and growing difficulties of accessing new or widened ROWs. 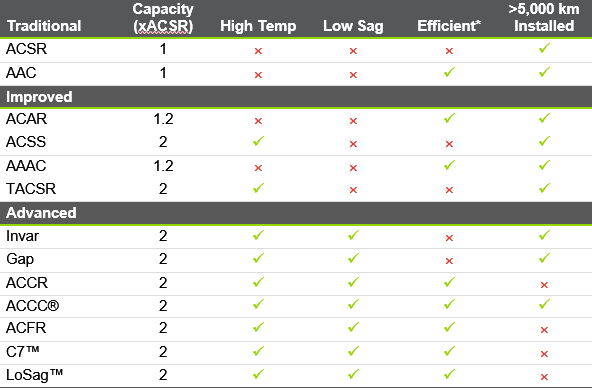 * Defined as >25% improvement in line losses.

The challenges faced by utilities today cannot all be met by traditional steel core conductor in the transmission grid. The market has evolved and several types of advanced conductors are now available with demonstrated benefits to the utilities who deploy them.
The benefits of and market drivers for advanced composite core conductors are described more fully in a new Guidehouse Insights white paper, sponsored by CTC Global.

Clarifying the T&D Vision of the Future

Clarifying the T&D Vision of the Future

By Michael McConnell
Back to Top
Press enter to search