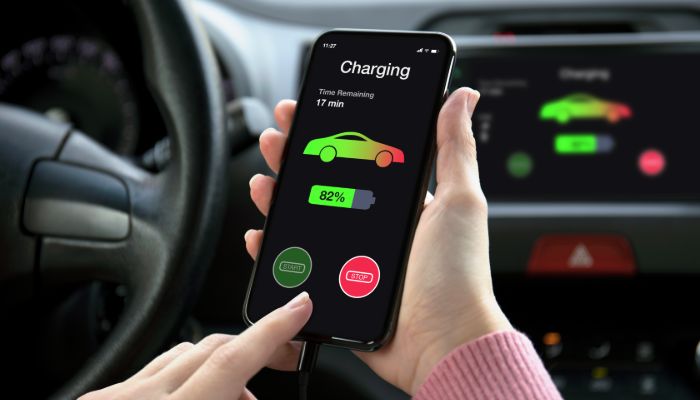 2021 is looking like the year when much of the legacy automotive industry shifts into high gear for the transition from internal combustion to battery EVs (BEVs). With market share for BEVs less than 2% in North America and in the single digits globally, there is plenty of room for growth. But that also means we are still very much in the early adopter stage, and manufacturers are going to have to continue evolving products and educating customers to get them electrified.

Chilling with a BEV

Cold weather performance is an area ripe for improvement. I was fortunate to have a 2021 Ford Mustang Mach-E through the first week of February in Michigan, which coincided with particularly frigid temperatures. The Mach-E is Ford’s first purpose-built BEV and it’s an excellent vehicle overall. But it shares the same challenges of all BEVs.

The most obvious is range. Internal combustion vehicles have a ready source of waste heat that can be used to warm cabin air. BEVs must draw on energy from the battery to power a heating system. Combined with the other effects of winter driving, such as increased rolling resistance, BEVs typically lose 30%-40% of the rated range in winter. The Mach-E in my driveway is US Environmental Protection Agency rated at 270 miles, but with a fully charged battery at 10°F, it’s currently showing 174 miles, a 36% drop. Even so, BEVs with more than 200 miles of nominal range are becoming common, and typical daily driving is less than 50 miles. So even with the cold weather degradation, most drivers will have plenty of available range. 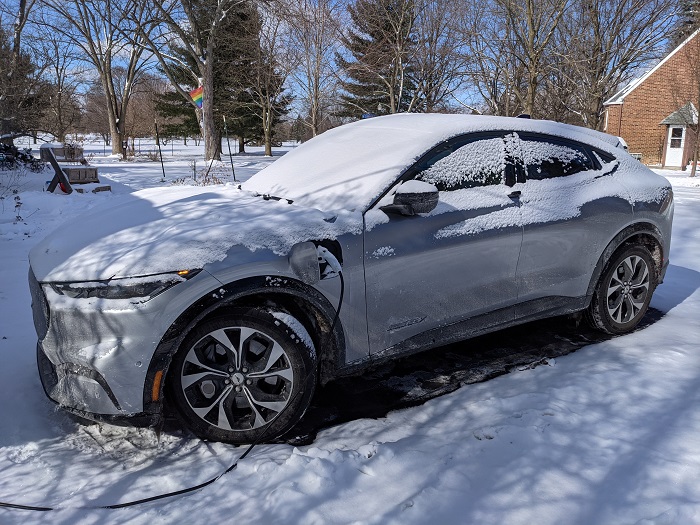 Warming Up to Electrification

A BEV advantage in cold weather is the ability to precondition the cabin. I had to leave at 8:30 a.m. for a meeting, so I set that departure time in the FordPass app and left the car plugged in overnight. Around 8:00 a.m., the heater turned on while the car was still plugged in, making the cabin nice and warm without draining the battery. It takes less energy to maintain temperature than to raise it. Virtually all BEVs have this capability, which doesn’t require leaving the car idling in the driveway on cold mornings.

The range-depleting effects of winter mean a BEV will likely need to be charged more often, which brings us to the other major issue, slower charging. The Mach-E supports charging rates of up to 150 kW at compatible DC fast charging stations such as Electrify America. Unfortunately, lithium ion batteries are quite finicky about temperature. They like the same sort of temperatures as humans, in the range of 60°F-75°F. When the air gets cold, everything slows down. When I plugged into a 150 kW charger at 20°F, the charging rate never got over 48 kW.

Normally, the 88 kWh battery in the Mach-E should be able to get to about 80% charge in roughly 40 minutes. In subfreezing temperatures, that time can be extended to 2 hours or more. A cold battery simply won’t accept a charge as quickly as one that is warm. However, it turns out that the same sort of preconditioning that makes the cabin comfortable for humans can also benefit the battery. By pre-warming the battery when heading to a charger, it can be charged at closer to its maximum rate. Ford and other automakers are working on logic to automatically pre-heat the battery to increase the charging speed when the driver asks for navigation guidance to a charging station. Ford plans to deploy its solution via a future over-the-air software update.

The challenges of using a BEV outside of sunny California are real, but so are the solutions. And automakers are working to make BEV winter life easier.