A Tragedy of Interests in Stalled Exelon-Pepco Merger 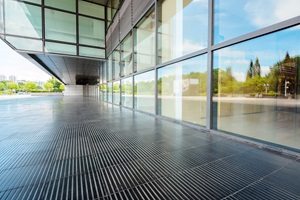 Exelon Corp.—the technologically progressive parent company to Commonwealth Edison (ComEd), PECO, and Baltimore Gas and Electric (BGE)—has faced multiple setbacks in its bid to integrate Pepco, which would make for the largest utility merger to date in North America. In 2014, Exelon’s and Pepco’s boards of directors unanimously approved a cash-based merger between the two companies. Both have been early smart grid movers, with Exelon’s subsidiary ComEd being among the technological leaders in both smart grid and smart cities innovation, and BGE receiving $200 million in Smart Grid Investment Grant (SGIG) funding for 2008-2012. Pepco Holdings, Inc. (Washington, D.C.) received over $50 million from SGIG for investments in advanced metering infrastructure, distribution automation, and customer experience improvement.

Following over 12 months of negotiations with the District of Columbia Public Services Commission (PSC), the merger has been delayed due to controversy over the insulation of residential ratepayers through 2019. The original plan, heavily advocated by D.C. mayor Muriel Bowser, had negotiated over $78 million to support environmental projects, low-income assistance, and workforce training initiatives, while funding a cap on residential rates for the next 4 years.

The PSC’s argument in rejecting the merger was that the plan created an imbalanced structure of support for residential ratepayers that federal funds and private businesses already supported. As such, it countered with a plan to place the $78 million in PSC-controlled escrow accounts, with none of that being set aside specifically to offset rate increase.  That plan has been rejected by Bowser, for the obvious reason that it removes her core requirement of placing financial protections on rates for citizens.

In order for the merger to continue, all nine parties involved in drafting the original version must agree to a revised merger proposition. And consensus among these groups, including the Apartment and Office Building Association (which supports the PSC ruling and protests the lack of assurances against commercial rate increases), and the D.C. Office of the People’s Council (which has rejected the PSC’s proposed changes reason similar to Bowser) might be a taller order than had been originally anticipated by the companies.

From Ownership to Outsourcing: An Evolution of AMI

From Ownership to Outsourcing: An Evolution of AMI