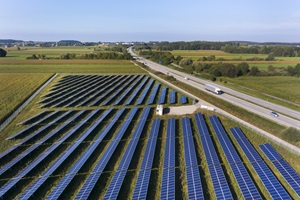 The summer heatwave of 2018 has led to exciting benchmarks in the UK’s energy markets. According to National Grid, solar was the primary energy source across the UK with more than 27% of electricity generated in June 2018. Solar generated 533 GWh of electricity between June 21 and June 28 when it produced 9.38 GW of power, which is close to a record-breaking 9.42 GW on a single day on May 6, 2018. Almost one-fifth of the country’s electricity can be attributed to solar installations.

Sunny days have raised optimism across solar prosumers. However, despite this power generation surge solar deployments are on a shaky ground. Low cost modules and an explosive rise in battery storage technologies have not compensated for the role of governmental incentives that were cut in 2015 and 2016. Indecisiveness regarding feed-in tariffs and government rollback on subsidies have led to excessive boom and bust cycles, especially across residential customers. Numerous changes to business rates for buildings with rooftop solar continue to cause frustration across household segments. Since 2016, solar installations have declined by almost 50%, negatively affecting the overall attractive market for European solar. By 2022, SolarPower Europe forecast the UK will add just 2.1 GW of solar, while Germany, France, and Spain are projected to add 20 GW, 11.7 GW, and 8.8 GW, respectively.

The UK’s solar growth will continue to dip as the market is in dire need of a more forward-thinking political outlook. Gas-fired plants usually supply close to 50% of power in the UK, followed by nuclear and wind power. The government is keen to retain the UK’s position as a nuclear energy leader. A few days ago, it signed a £200 million Nuclear Sector Deal and aims to reduce the cost of new nuclear build projects by 30% and cut the cost of decommissioning old nuclear sites by 20% by 2030.

In the first quarter of 2018, wind generation was at its peak with reports of the country’s windfarms supplying more electricity than eight of its nuclear power stations put together. Wind generation soared up to a comfortable 43% on a few cold days this year while nuclear plants were shut down for maintenance and repairs. At one point, wind power was providing up to 50% of UK’s electricity in March 2018. However, the seasonality of wind power can hardly be ruled out. During the sunny spell, wind has averaged only 3.4 GW of output, or about 11% of power demand, even though the total capacity of wind installation has increased by almost 13% in 2018 to reach 20 GW. Cyclical seasonal variations in wind generation has created a need for more diverse generation sources in the UK power supply markets.

Solar power is a great alternative to offset wind’s shortfalls. However, the longer-term outlook for post-Brexit solar is riddled with uncertainty as energy suppliers seek more legislative reassurances and clarity on minimum import price and demand aggregation models. Though the UK is not best placed for the most decentralized renewable solar technology, the electricity system needs to be decarbonized by 2030 (by at least 80%) if the country is to cost-effectively meet its greenhouse gas emissions reduction target for 2050. Advances in panel technologies, hybrid solutions, and new methods of installing panels, energy storage, and grid integration will help to meet emission reduction targets and pave the way for a low cost resilient solar power sector in the UK.